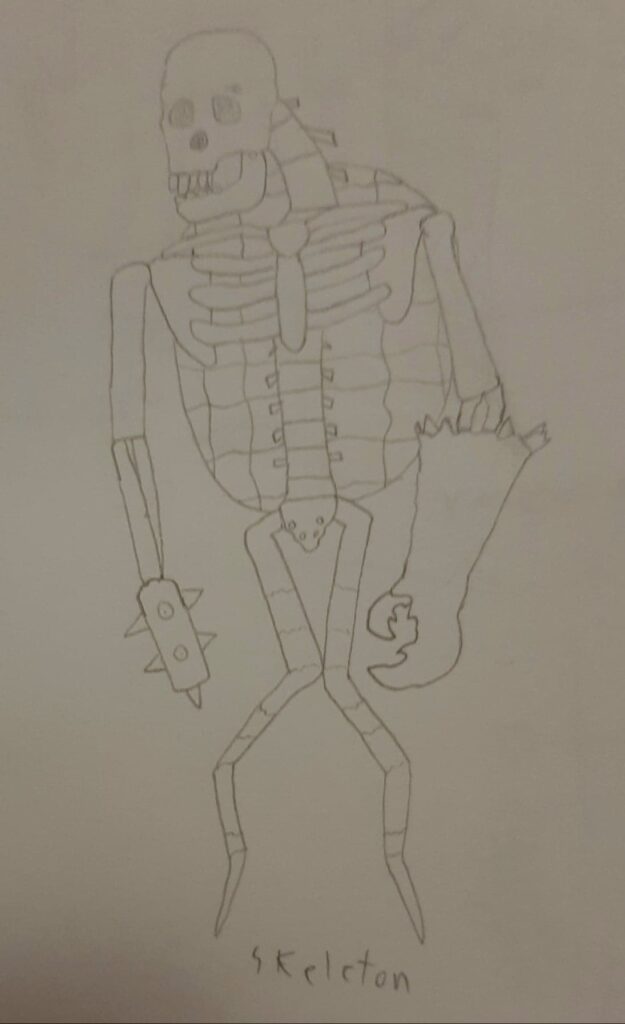 This skeleton was outfitted to kill other skeletons, with a crushing claw and a blunt mace.

What is it about ridding itself of flesh that allows the humble zombie to reach greater heights of wit and agility? Experiments have not been done, so there is only speculation. Some say that direct magical exposure to the bone allows the speed which skeletons are known for. Others say that without flesh, the magic is simply more concentrated. Whatever the case, the result is a smarter, faster zombie, although also one much more prone to injury and lacking in physical strength.

Skeletons are not so frequently seen in the modern world as their zombie cousins. They used to serve as messengers, running long distances with written messages, but with the invention of the telegraph, they are rarely required in this capacity. They are most seen on the battlefield, enjoyed for their greater independence than zombies and versatile bodies; a skeleton’s body can be altered with the bones of other creatures, so long as they fit their joints well enough. This allows them to fit a variety of roles, and even the greatest of modern firearms have a hard time putting them down from a distance.

In the north, they still fill their ancient role as messengers. No point within the Arctic Circle has telegraph lines, and so skeletons will run between settlements to deliver communication. It’s nostalgic, seeing a skeleton run past, post bag over its shoulders. What else will we lose as technology moves endlessly forwards?