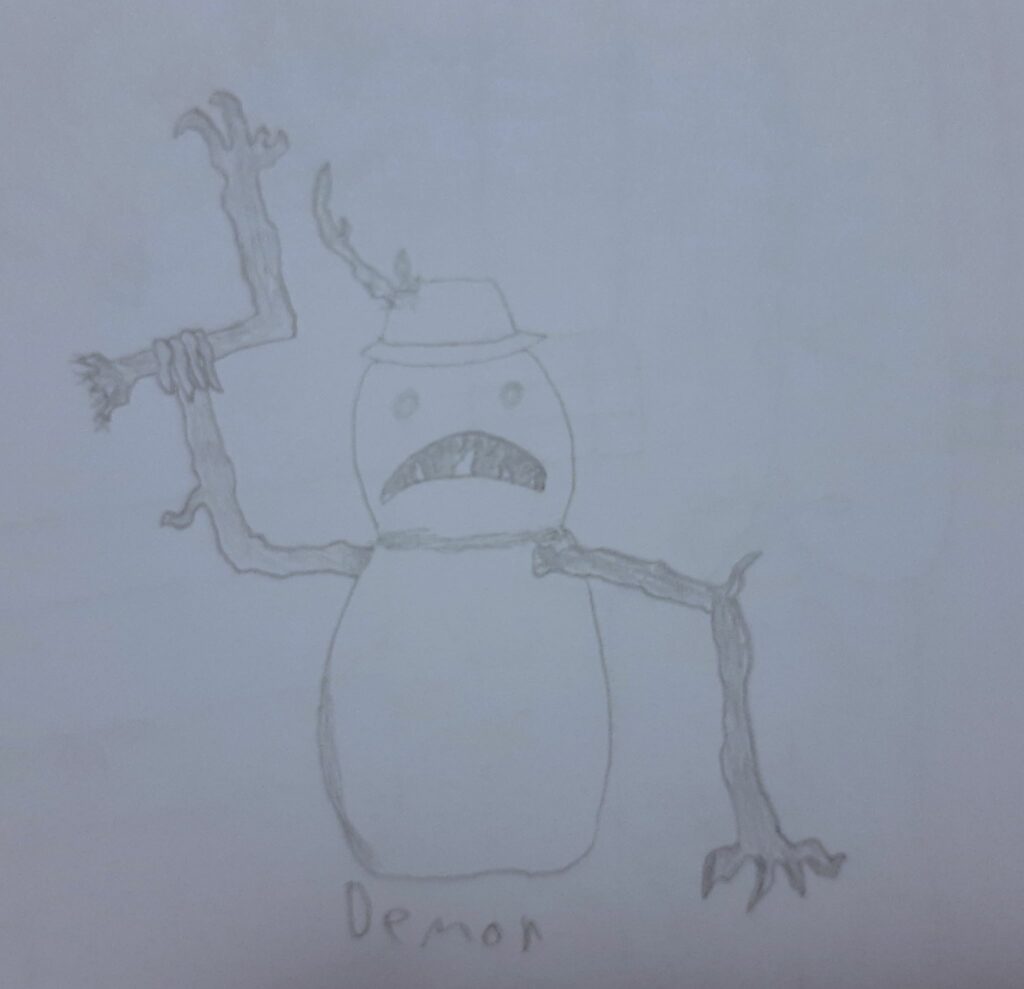 Ah, demons. Everybody remembers summoning their first imp. Mostly harmless when contained properly, demons are a wide category of beings that lack proper bodies, forming them from their surroundings or borrowing one. Demons are defined mostly by their preferred host, and come in malignant strains as well as versions that are helpful, like alcohol-loving demons that possess grain and help to ferment it.

Kallikantzari prefer their hosts to be significantly below freezing, and so never possess living beings. They are only seen in the dead of winter, when they form themselves bodies from branches, snow, and stones. In this coldest time of year, they engage in a whirlwind tour of mayhem across the land. In invisible form, they have spied upon people the whole year through, and the snowy season is their time to bring judgement.

Those deemed sufficiently wicked can have a variety of punishments inflicted upon them. Often, valuables are stolen or destroyed, and physical beatings are common. Unpleasant folks will find themselves drug out into the snow to be pummeled and whipped by branchy arms, but rarely are these thrashings fatal. After a few minutes, all but the most vile people are released to hobble back to their homes, only superficially bruised and lightly bleeding.

Scholars debate about what this race actually feeds upon and how they reproduce. Some say that during the summer, they inhabit insects gnawing upon tree roots to feed themselves, something that seems possible, given how demons are known to function. Their reproduction would, then, be at this time of year, and it is likely that first-years do not participate in the winter revelries. Perhaps, however, they do not produce more of their kind, and are an artificial breed, created to discourage wickedness? It is possible, and perhaps likely. Their odd, multi-sphered shape is found depicted in several ancient northern ruins.