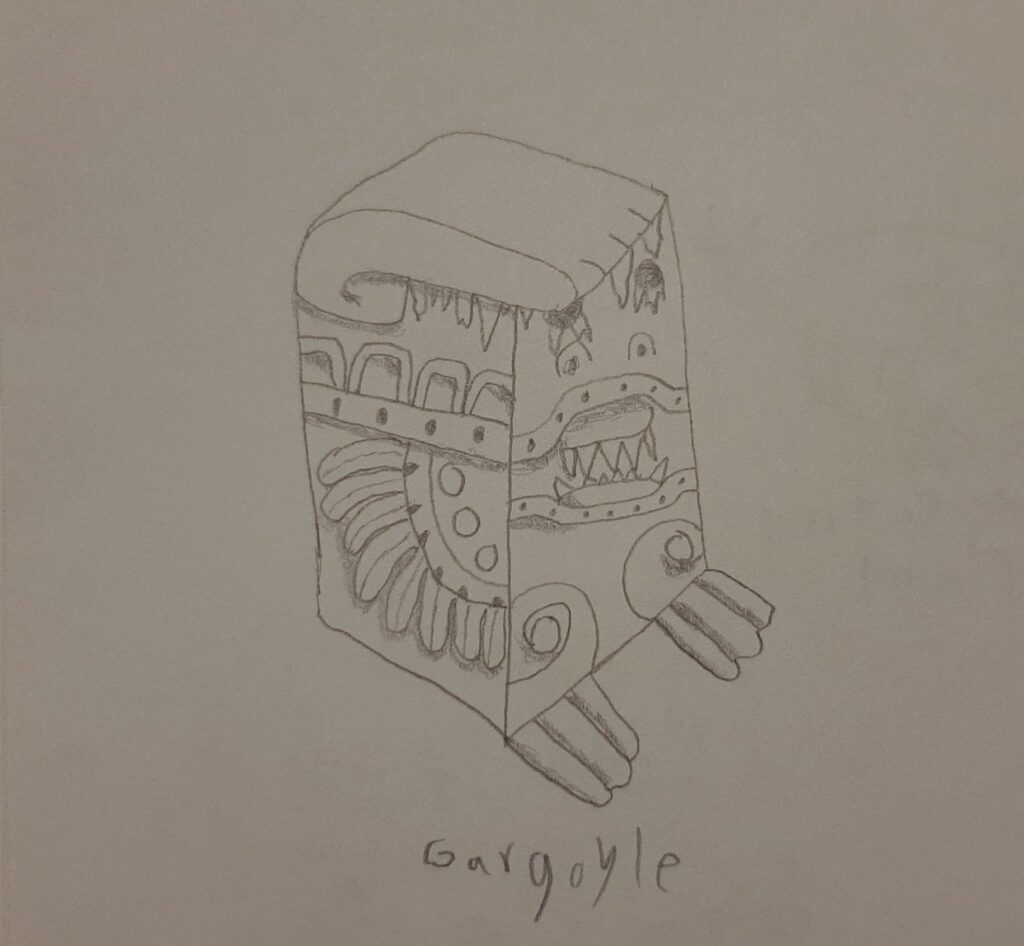 It is notable that despite their great age and the harsh environment they are exposed to, the ancient ruins of the north are strikingly well-preserved. Being well-built only covers so much; the real secret is continued maintenance. The gargoyles are the animated guardians and workmen of the ruins, working in shifts to protect and repair their home.

Gargoyles come in many shapes and sizes, but they all have the same innate powers and behavior ingrained into their stony body and soul. When it comes to powers, the most expected is the sheer durability of stone. A gargoyle is significantly less flexible than a being of flesh, but at the same time, vastly more capable of absorbing damage. A standard gargoyle is nearly immune to regular weapons, both swords and bullets, and require either an exceptionally strong warrior with a sledgehammer or explosives to put down.

Besides this, gargoyles have limited control over stone so long as they are touching it. The gargoyles of the ruins use this ability to repair buildings and paths, but it can easily be used offensively. Many an explorer has died to a barrage of stones or a single massive slab falling on their head. Ancient legends speak of gargoyles who control water as well, but these are unsubstantiated. Gargoyles with wings sculpted can fly, but slower than they walk, which is already quite slow.

Behaviorally, gargoyles tend to be rather peaceable most of the time. They are mentally tied to one location, ranging from the roof of a single building to a large portion of a city. They will not venture far beyond their territory, save for extreme cases of necessity. A gargoyle spends most of its time utterly still, only moving once every few months to do maintenance. They will also awaken to guard their territory. Small animals like birds are tolerated, but sapient species and anything larger than a small deer will usually invite aggression, quickly killed with a brick to the skull before the gargoyle resumes its slumber.