As I write this, we are in a pandemic. Sars-Covid 19, or less precisely, coronavirus, has spread from Wuhan, China, to every corner of the globe. As you read this, you’re probably inside, waiting for it to pass. Reactions have varied from panic to denial, and of course, misinformation has been frequent. People have been trying to learn about what they can do to protect themselves from infection, but a lot of people don’t know a lot about how viruses work, or even what they are. I’ve seen people going so far as suggesting that if all viruses were destroyed we would be better off, because they’re just parasites. I hope to not only educate people on viruses but help everybody appreciate them a little more.

Viruses aren’t usually very well distinguished from bacteria in the public consciousness. As the two most well-known causes of disease, however, it is very important to know the difference. Bacteria are single-celled life forms, similar to our own cells but heavily simplified. Our cells have dozens of small features called organelles, such as the extremely famous mitochondria and the nucleus, which holds our genetic material. In bacteria, DNA floats freely. Some bacteria have cilla (small “hairs”) or flagellum (a “tail”) that help them move around. 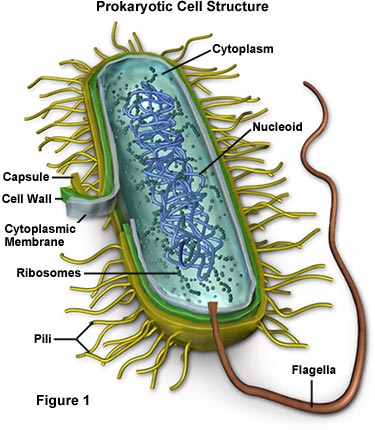 Viruses are something simpler still. They boil down to essentially just some proteins and their genetic material, with some enveloped in a larger lipid membrane. Unlike any other living thing (we’ll get to whether viruses are alive next), this genetic material could be either RNA or DNA. All living things, from humans to the archaea (single-celled organisms most similar to bacteria) living in boiling oceanic vents at the bottom of the ocean, primarily use DNA, but several viruses entirely lack the double-stranded molecule. 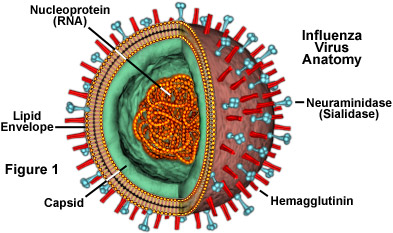 They also differ from bacteria in behavior. While bacteria are associated with disease, nearly all of them are benign or benevolent. Most either live harmlessly in a larger organism’s body or independently, with only a few causing disease. On the other hand, all viruses are parasites or predators.

Bacteria reproduce on their own. After gathering enough materials, they split in two, sometimes after trading DNA with another bacterium. The damage they cause is usually either them taking resources from our cells or byproducts of their feeding. Viruses tend to cause more direct damage. A virus can only reproduce by injecting their genetic material into a cell. Their genetic material takes over the machinery of the cell, turning it into a virus factory. Soon the cell dies and releases multiple new viruses. For this reason, there is debate over whether viruses count as living.

RNA viruses are less stable than their DNA cousins. DNA has special self-correcting mechanisms, where if a piece is missing from one strand, the sequence can be corrected by checking with the other. RNA has no self-correction mechanism. This means that it mutates quicker than DNA. The flu, for example, is an RNA virus, which mutates into new forms consistently enough that every year, we need vaccinations against another strain. Coronaviruses are RNA viruses with a lipid membrane, quite similar to influenza.

Part 2: How does the body fight viruses?

As different as viruses are to bacteria, the body fights them in much the same way. The odd little knobs you see all over a given virus are plepomers, protein structures that the virus uses to attach itself to a host cell and inject its genetic material. This is also its weak point. Antibodies produced by the body can attach to the plepomers, effectively “locking” them and making them useless. The disabled virus is then easy prey for macrophages, the large white blood cells that destroy pathogens by enveloping and digesting them.

The body also has ways of destroying cells that have become virus factories. A category of immune cells known as T cells have a major role in fighting viruses. The most basic are the helper T cells, which are the cells that recognize pathogens from a library of chemical pieces from pathogens they have formerly encountered. When they run into a cell infected by a virus, they release cytokines, chemicals that draw cytotoxic (cyto means cell, which is probably good to know), or “killer” T cells.

Killer Ts are blind juggernauts, incapable of recognizing infected cells on their own, so helper Ts feed them with portions of antigens to show them what they’re looking for. They are specialized in killing our own cells gone bad, realizing toxins that kill both virus-infected cells and cancer cells, which are usually caught before they grow into potentially dangerous tumors.

Well, when they’re in our bodies, we mostly have to rely on our immune systems to do that job, while treating the symptoms. Antibiotics are totally useless against viruses, acting mostly against parts that viruses simply don’t have. Antiviral medication does exist, and tends to work by either blocking plepomers like antibodies or by preventing their RNA from copying itself within a cell. Obviously, the latter only works in RNA viruses, and the plepomer blockers are quite specialized.

So what can kill them outside of the body? Does hand sanitizer actually do anything? It depends on the virus. Non-enveloped viruses are very difficult to kill since they don’t have as many points to target. However, because enveloped viruses depend on their lipid membranes, they find themselves very vulnerable to certain cleaning chemicals. As this article is being written, most people are most concerned with Covid, which is actually quite easy to kill. Alcohol can destroy its lipid envelope, so long as it’s a good 70% solution and left on the surface you want to disinfect for at least 30 seconds. This won’t kill all viruses, be sure to read the labels on any cleaning solution you buy.

Of course, we really do have to talk about vaccination if we’re talking about viruses. Vaccination generally doesn’t work for bacteria, but because of how viruses work, with their very specific antibody weaknesses, can be prepared against via an injection of partial, weakened, dead, or deactivated viruses. This protection isn’t always permanent, as the immune system can “forget” about viruses given enough time, and viruses can mutate enough that the immune system fails to recognize them anyway. This is why the flu forms a new strain each year. 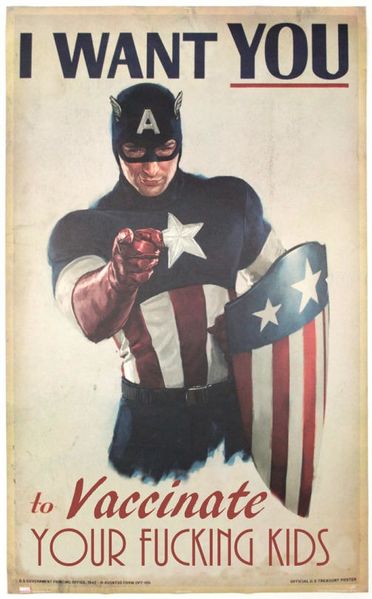 Thanks, Cap. (He lived through polio, he’d totally sign on to this)

No, they don’t cause autism.

Anti-vax garbage will be deleted.

Part 4: Viruses kinda suck, what are they good for?

There’s a human tendency to see something that hurts them and decide it must be evil, or at best, useless. Even in the modern era, there were ecologists who thought that predators weren’t necessarily to the environment and that plants could take care of themselves. And so it goes for diseases. All they do is make you feel bad or even kill you. But this alone is important in the wild. Without getting sick, an adult elephant could live up to 70 years, totally dominating the flow of energy in the ecosystem. If it becomes sick enough for predators to attack, or simply dies of illness on its own, the massive amount of energy contained in its body is spread out into the environment much sooner.

A certain class of virus called bacteriophages, however, does even more for the environment. Bacteriophages are viruses that specifically target bacteria for their reproduction, usually very specific types of bacteria. When it comes to disease-carrying bacteria, these viruses do an amazing job of keeping them in check. This goes for non-pathogenic bacteria as well. Bacteriophages may kill as many as 40% of all oceanic bacteria every single day, a number only made sustainable by the immense reproduction rate of bacteria. Not only does this have implications for keeping bacterial populations in check, it’s incredibly important in the carbon cycle and oxygen production.

Like everything else, viruses are part of our massive, complex ecosystem, and removing them could bring the whole thing down. But hey, at least we wouldn’t get colds anymore.