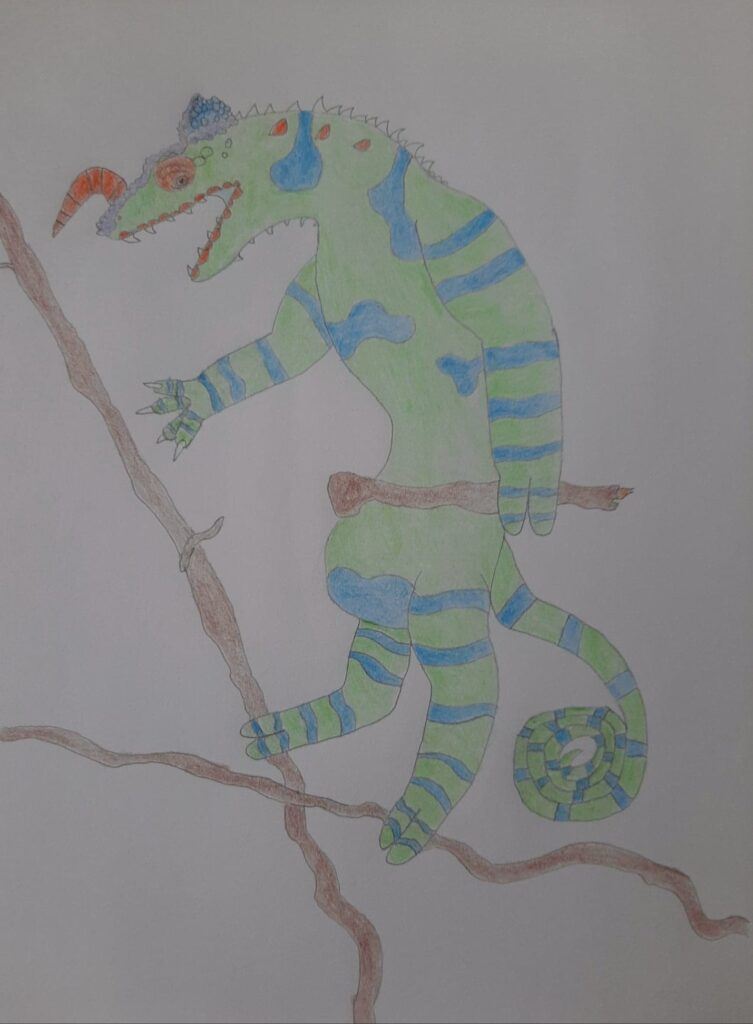 Shambling through the canopy, rarely touching the ground, the kamalagard are rarely seen, despite their size. Part of this is a result of them being quite rare, with one male to each 15 square mile territory, with smaller female territories overlapping. More important, however, is their ability to become invisible at will, an ability they use liberally when they feel themselves threatened.

Kamalagard of both sexes are ambush predators of smaller animals, using their long tongues to snatch birds and monkeys from the air and branches. They never chase, being far too slow for pursuit. Their motion in the trees is slow and steady, safe but never swift. Males only form temporary nests nightly, while after mating, females will form a permanent nest where they keep their young, bringing prey back regularly.

When a male kamalagard happens across humanoids in his territory, he will often stalk them, harassing them invisibly until they leave. Only in rare circumstances will he actively attack, often using a branch as a club in addition to his strong jaws. He will retreat if injured, only to renew his efforts with the benefit of further ambushes when healed.