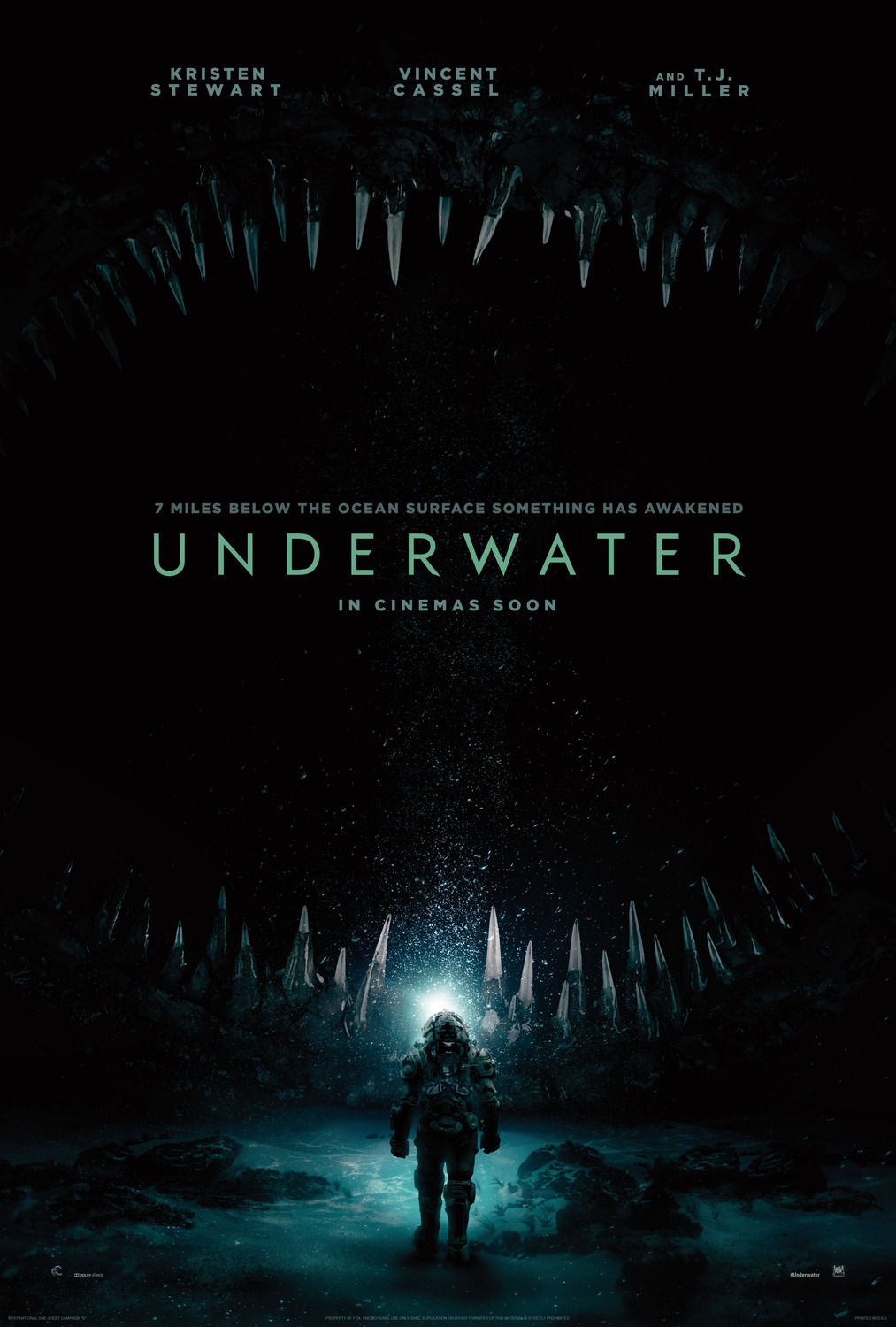 I am a firm believer in the beauty and terror of the sea. The ocean is a bunch of water that we can’t drink that goes so deep that at the bottom, it’ll smash your skull like a frat boy mashing a can against his head. The life down there is as close to alien as you can get on this planet, all shaped by a world we couldn’t survive for a second. Swallowing things in a single bite is pretty much the basic form of predation down there.

And so a horror movie set in the depths of the ocean is a very, very good idea. It’s basically like Soma, and even if the premise isn’t quite so high-concept, the execution is excellent. Even when there aren’t any monsters around, the atmosphere is impressively oppressive. With the details of grease and grit, you can smell this movie sometimes. Indoors, it’s claustrophobic, damp, dim hallways with peoples belongings floating along, reminding you of how many were lost getting here.

That’s an important element of horror. A lot of these bloody, violent movies fail to be horror because you don’t fear the demise of the people involved. That’s a “watch these dirtbags bite it in imaginative ways” movie, which is related to but not the same. Here, every death hurts at least a little. These characters clearly care about each other and even if they’re not the most complex, I really did want to see them make it through, which made their gruesome fates especially horrific when they came.

There’s also some subtext of corporate negligence on the sea floor, which, yeah, has gone very wrong for humans in the past. Honestly unleashing murderous sea monsters would probably be less damaging than the oil spills we’ve caused.

Spoiler section where I actually talk about what the monsters are! If you guys are like me, you prefer the surprise.

So when I saw the trailers, I thought we were gonna get squid people. I was pretty much expecting really pale mindflayers. Very humanoid and bipedal but with cuttlefish for heads. 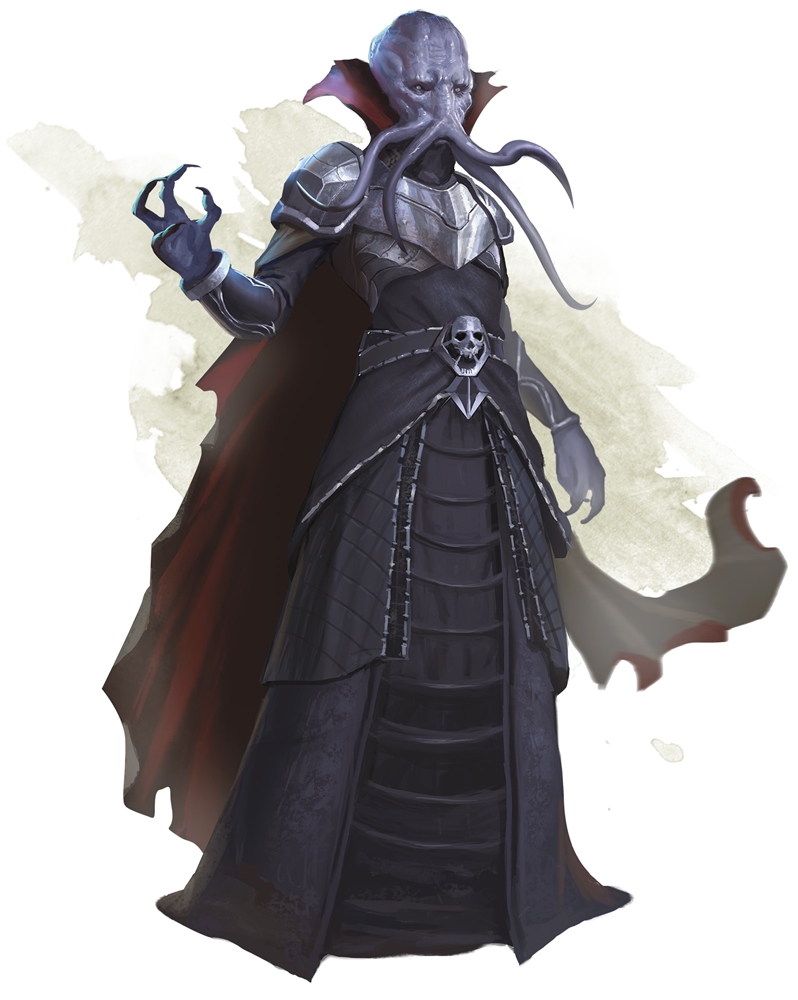 I would have been mostly fine with this. Mainstream movie monsters tend to be really tame. Lots of grey, very “realistic” features if they aren’t just fangy terrors. Sure, I’ve seen a lot of things like that, but hey, it’s weirder than a lot of movies get. However, what we got was not squid people. We got something way worse. Gulper eel people. 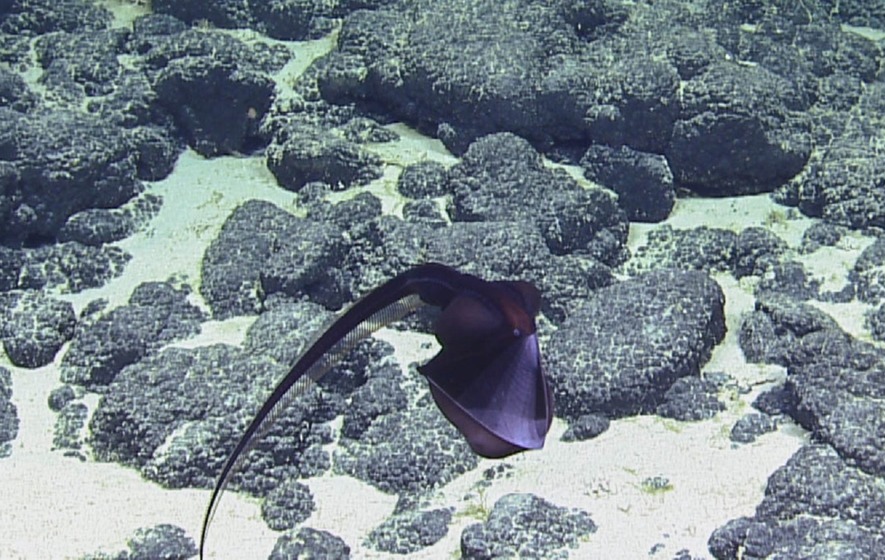 Not only are they superhumanly strong, enough to rip people out of a pressure-resistant diving suit, but they like to swallow people whole, and they show a distinct intelligence. While they never seem smart enough I’d call them actively malicious, they do have some nicely complex behavior. They are shown to be far more aggressive when they are either facing only a single target or vastly outnumber their prey, while when outnumbered, they show themselves to be more clever, using diversionary tactics and their faster speed underwater to stay out of harm’s way. 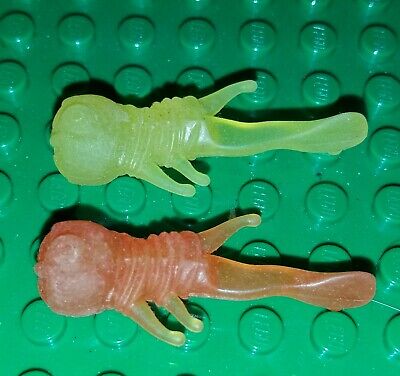 There is a “baby” form that looks a lot like sea squids from Bionicle, but fleshy and pink. No eyes, and although a lot is made of the talons on their tentacles, that’s not actually that unusual for a squid! I’m very happy to see a Bionicle monster again. I also like that these are handled on land so we can see just how slimy they are, like hagfish! Slimy is an excellent thing for monsters to be.

They also come with a much larger monster that appears to be an adult form of the species but doesn’t resemble them much at all. I can’t say I’m as big a fan of something so big and fangy, as it feels rather generic, but it does have traits I really love, and I feel like the fangs were drawn from an interesting source. In texture, it looked like a lot of spiny sea cucumbers, and its mouth reminded me of a hagfish. 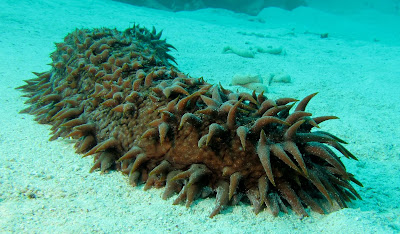 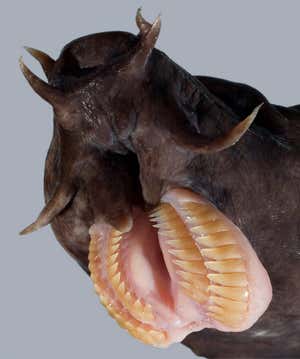 As much as I feel that creature could have been more interesting, those are great features to have, and I really love the way it seemed like its babies were born directly from its flesh.