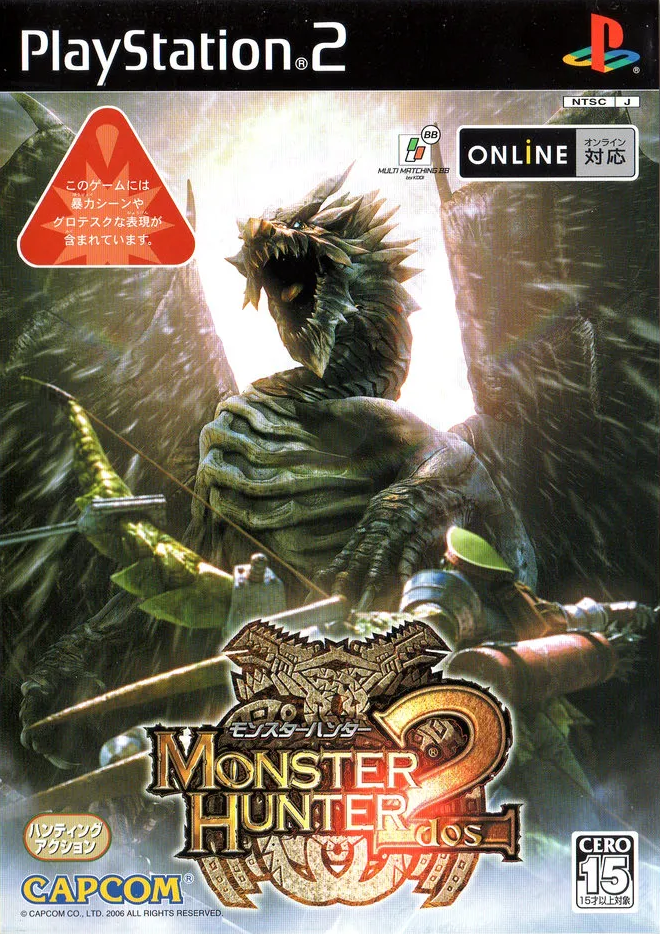 With the first Monster Hunter a massive success in Japan, a sequel was inevitable. This game made Monster Hunter a lot more recognizable in its modern form, adding a lot of staple weapons and some of the most popular monsters in the series. It also never came out in the USA. Most of its content instead came out as “Monster Hunter Freedom 2” on the PSP, a sequel to the original Monster Hunter Freedom, which itself was based on Monster Hunter G, an expansion of the original game. This still had all the same monsters and even a few extras, although it dropped a few features for space, like day-night cycles. Instead, a mission took place at day or night, which still gives a new level to the ecology of the world, with some animals only appearing at night.

Of course, what we care the most about is the monsters, and Monster Hunter 2 really delivers. We don’t just get new monsters but entirely new categories of monster. Monster Hunter gets its first major mammalian monsters here, as well as some of the very few large invertebrates in the series. 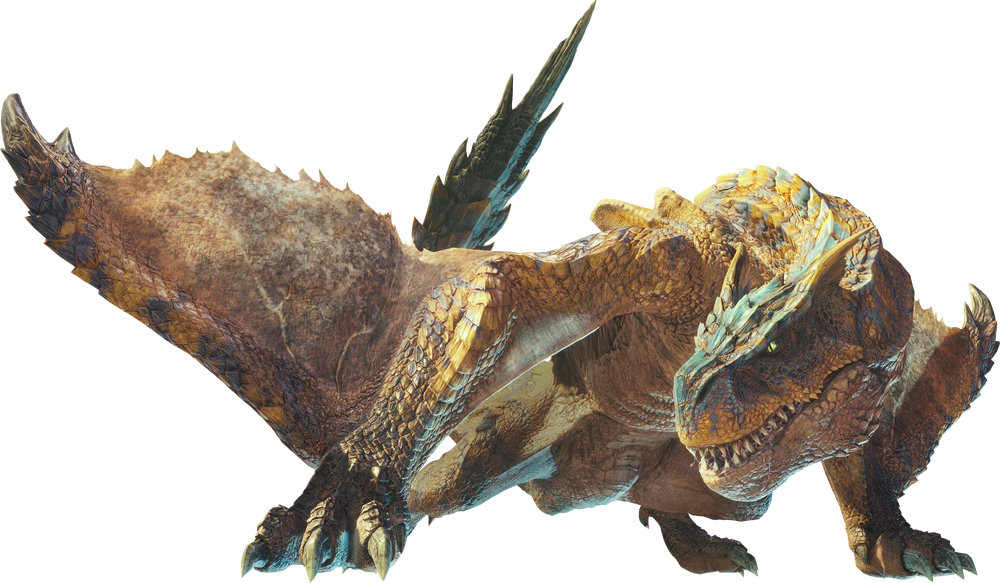 As the flagship monster of Freedom 2, Tigrex is not the most interesting of designs in the game, but it does stand out from other flying wyverns in a big way. With a stance more like a bat, Tigrex would normally be a lot less interesting to me than its relatives. This is currently the way everybody does dragons, starting with Elder Scrolls: Skyrim and Game of Thrones and spreading even to the Hobbit movies. I’m kinda over it, basically. However, Tigrex makes it cool again with its lore. According to various entries in the series, this is the primitive state of flying wyverns. Tigrex is a throwback to when all flying wyverns were quadrupeds, an offshoot that retained this ancestral trait. That’s super neat as a detail! 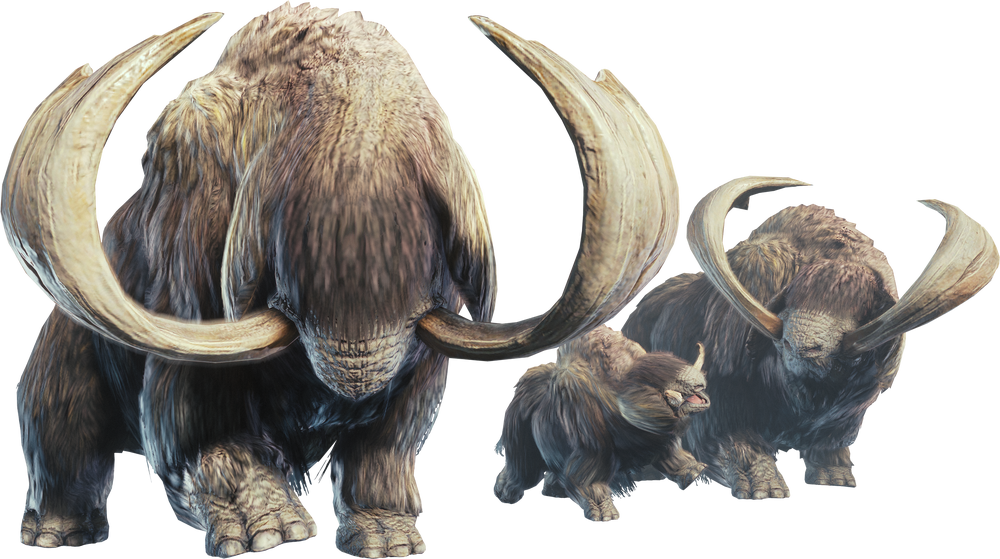 Adorable! Anything thats eyes are covered by its hair earns at least 3 ranks of cute, and their dopey muppet mouths help. Popos are mostly an atmospheric monster, easily killed in one or two hits to harvest some meat and also providing a food source for the predators that surround it. It’s the way Monster Hunter will flesh out its world like that that impresses me. Like I said, this generation includes Monster Hunter’s first invertebrates; a holy trinity of hermit crabs! The Daimyo Hermitaur is a grown version of the regular Hermitaur, and you might notice that it’s wearing a Monoblos skull for a shell. I love hermit crab monsters, and monster skulls are a cool thing for them to use as their home, although it’s clearly not large enough to cover their whole body if needed. It needs a bigger skull! 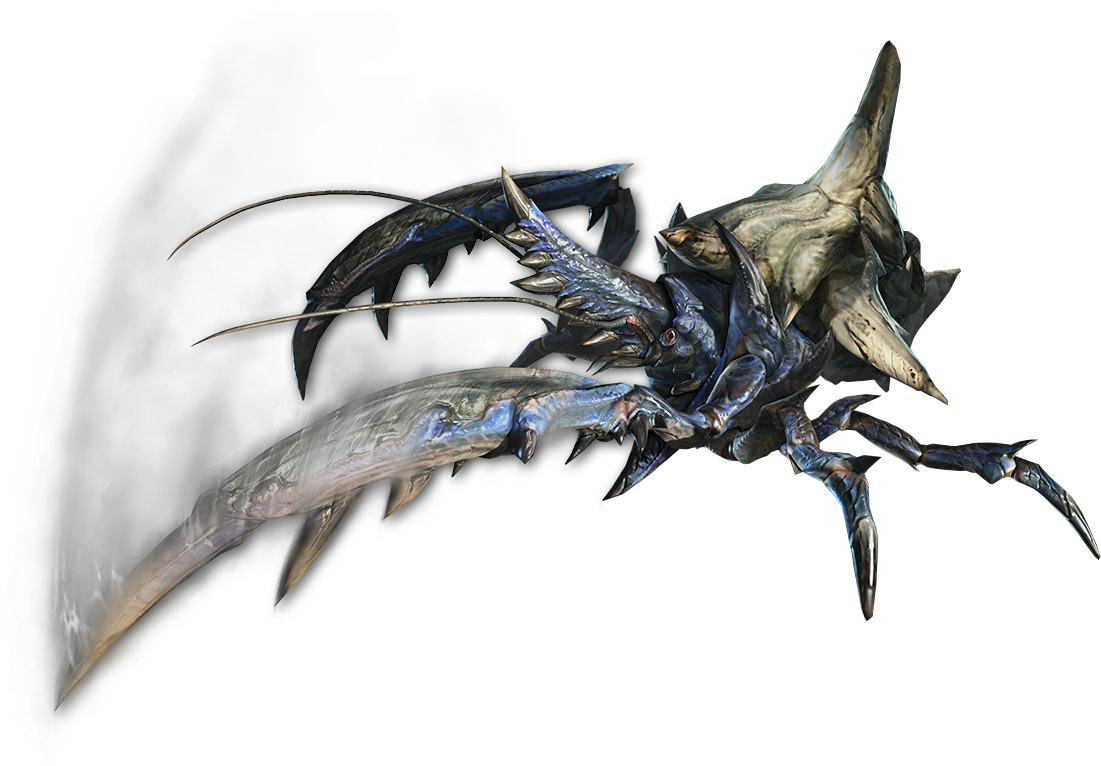 I like the Cenataur a little more because it’s less straightforward. Instead of crabby pincers, the Cenataur has long, slashing claws, which is one of the coolest things a monster can have. I especially like the detail of its head taking the same bladed shape. In its standard form, they wear the skull of a Gravios, the adult form of a Basarios. I love my beautiful crab samurai. 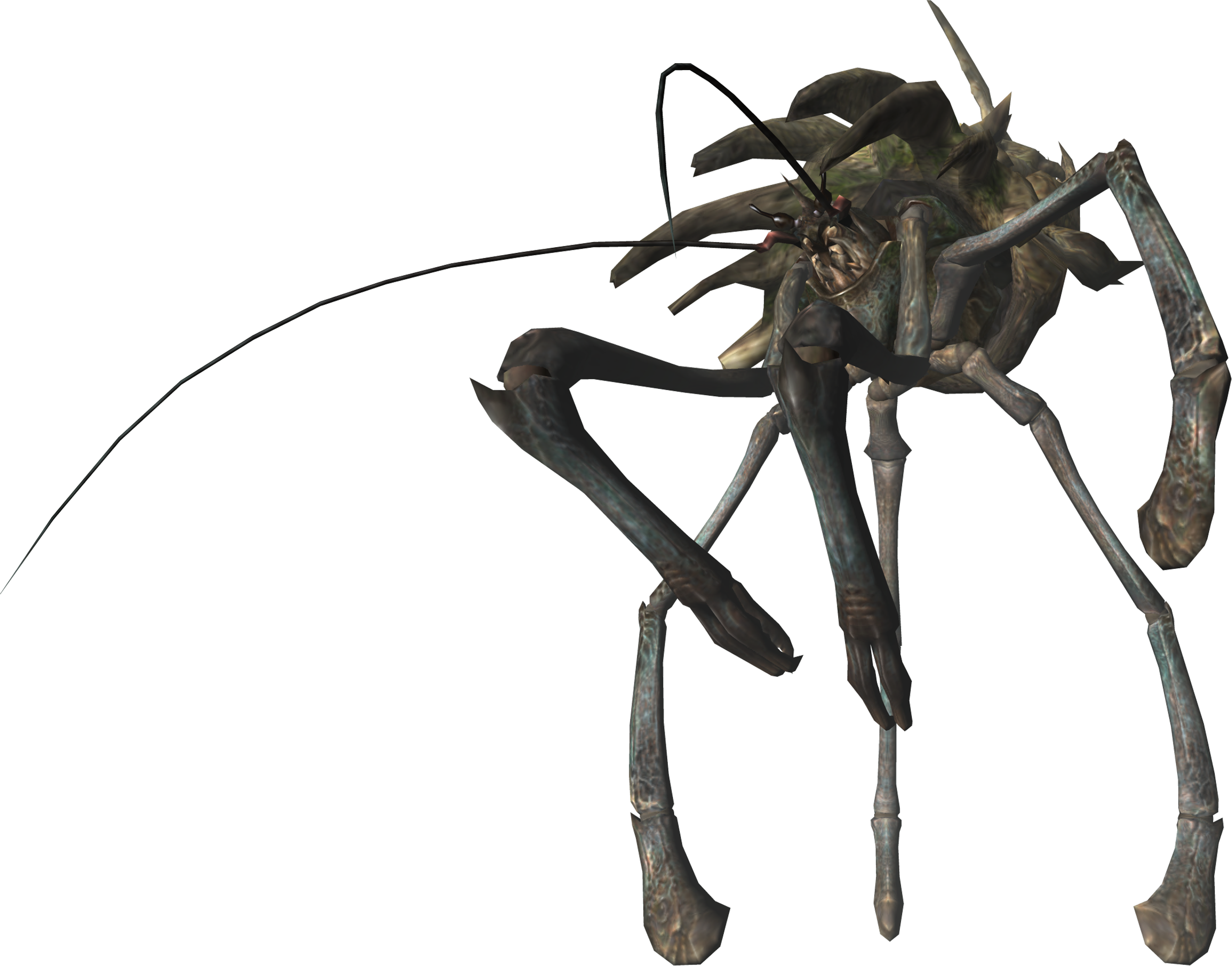 The last of the crabs is a titan. Far larger than the other two and wearing the skull of an elder dragon, it resembles a colossus from an entirely different game when it marches through the fog. I love the unusual layout of its body, pushed unusually upright so that its limbs don’t quite go where they would on a regular crustacean. I especially like how far back its shoulders are. The whole thing really does feel like a special sort of threat, like the relentless Tripods of War of the Worlds or the Striders in Half Life. 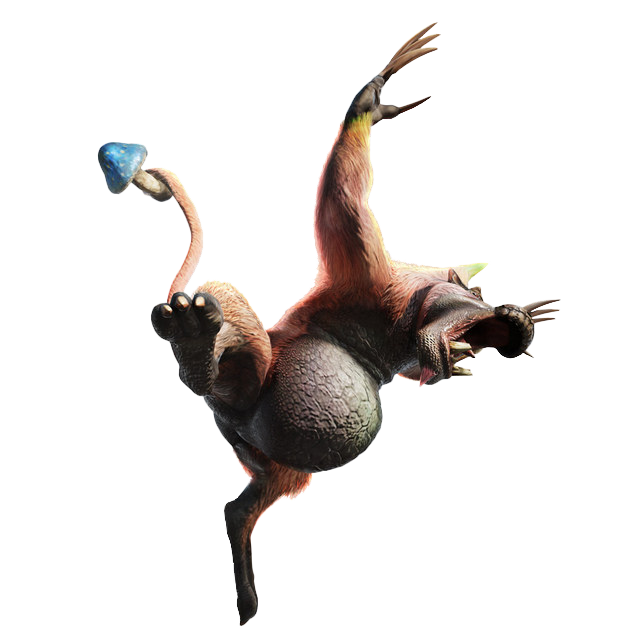 Monster Hunter 2 also adds the series first primates, and while the other two introduced in the game emphasize the fearsome aspects of baboons and mandrills, the congalala is my favorite cause it emphasizes that primates are disgusting. Horrible, gross, poop-throwing devils. I love it, and honestly it makes Congalala pretty threatening. That hippo-mouth is horrifying on its big goofy fat body, and those massive claws are shocking when they’re attached to such an otherwise unwieldy beast. Emphasizing its disgusting nature, these beasts have a fart attack like Wario, which isn’t only poisonous, it cakes all of your items with filth so that you can’t use them until the effect clears out. 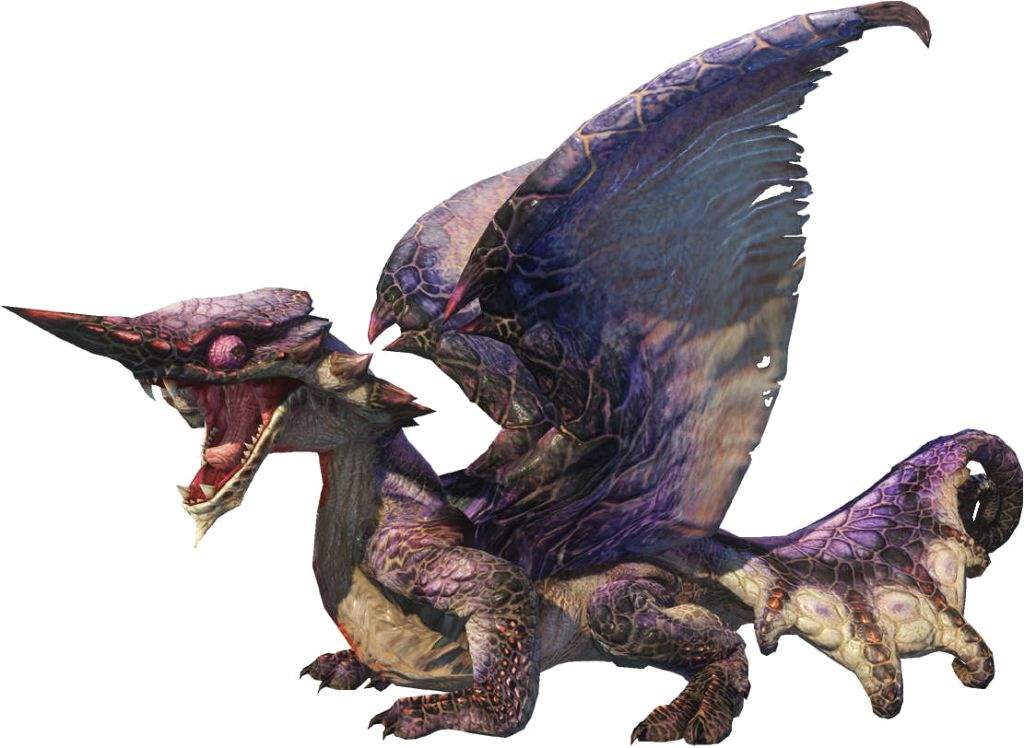 Monster Hunter’s second generation adds a wide range of elder dragons, but only two really stood out to me. First is a proper dragon, but a chameleon! I love this thing’s proportions. Squat little limbs and a huge head. It makes it look like a juvenile, or at least smaller than it actually is. Its tail is particularly unique, a strangely webbed looking thing shaped almost like a wing. Like any good fantasy chameleon, they can turn completely invisible, but they can also steal your items with their tongue. That’s great. A trickster chameleon! 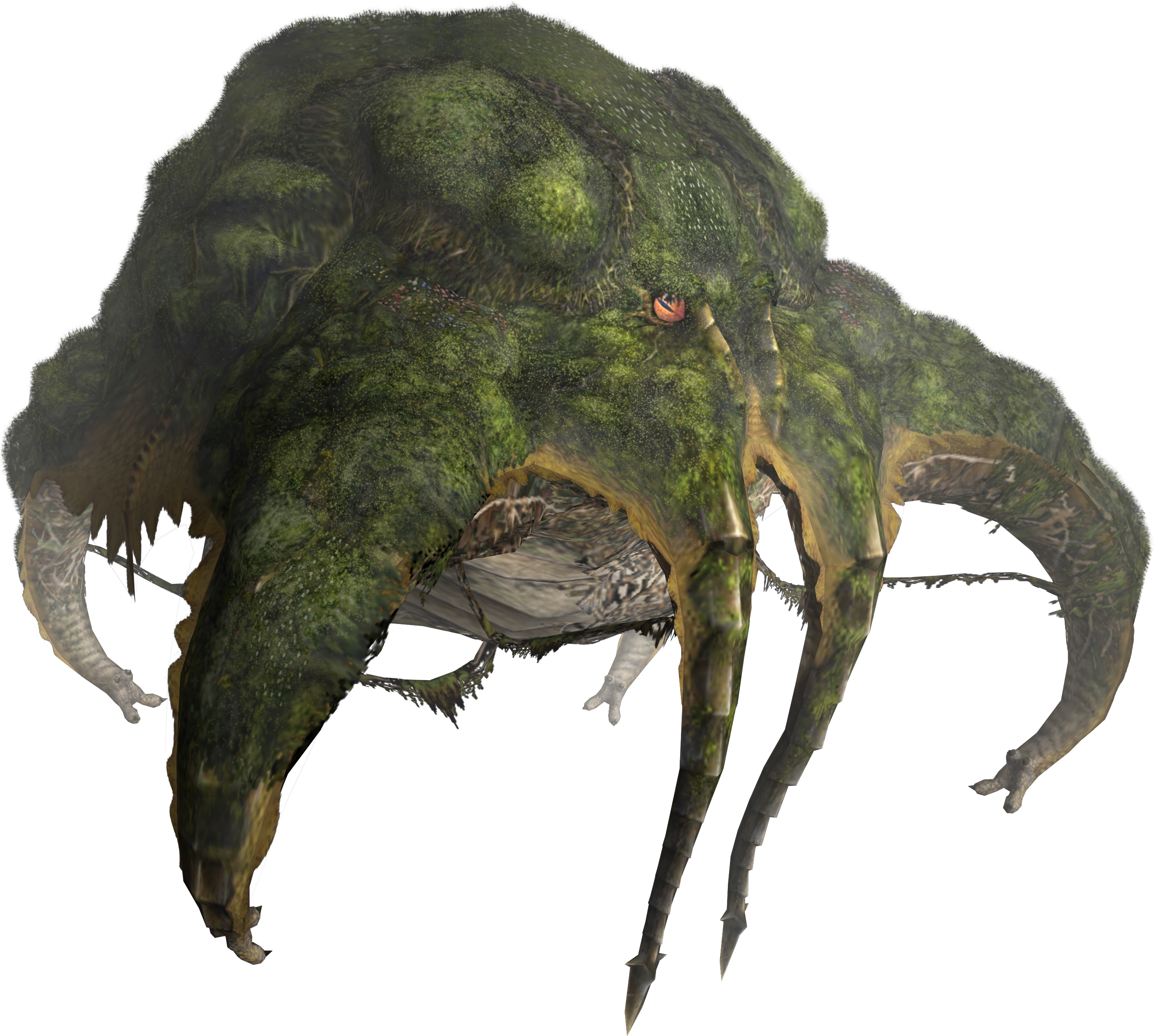 Yama Tsukami is the greatest elder dragon, not just for its individual design but for showing the versatility of the elder dragon category. Sure, a lot of them are simply rather standard dragons, but it is also where the developers can put monsters that don’t fit in anywhere else. It lets them get away with some very unusual animals in a setting that otherwise doesn’t allow for them.

Yama itself is a ton of fun. Most of the time, if you see a mountain creature with trees growing off of it, it will likely be a turtle or a humanoid. Yama isn’t just an octopus, however. Those limbs are like nothing alive, with hands almost like a parrot’s. It also has what appears to be bone on its foremost tentacles, which isn’t something that octopuses have. Most unusually, its eyes are freakishly human, and even weirder, so is its mouth. 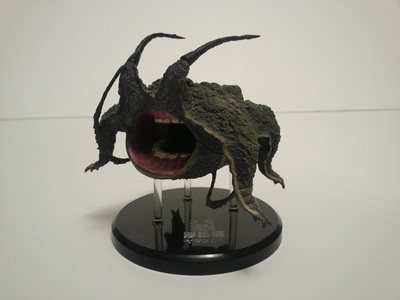 What are you, Yama Tsukami?