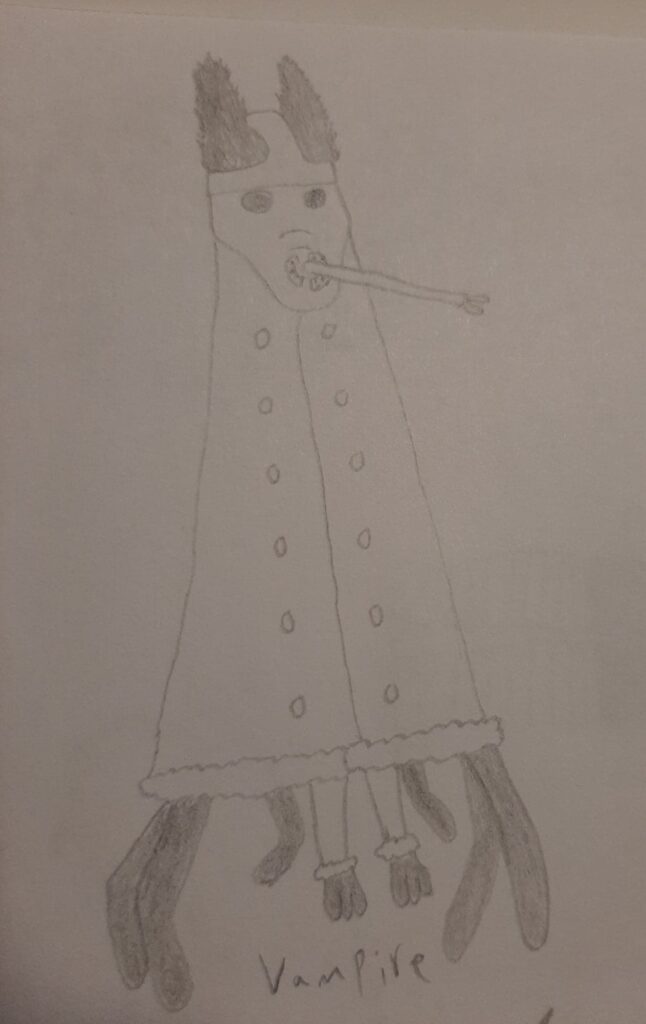 Vampires are considered rare in the current day, and that is for the most part true. Most modern enclaves of vampires are restricted to remote caves and abandoned buildings, where they can hide from the sun during the day and emerge to hunt at night. However, in areas where they do not have to worry about larger populations of other races exterminating them (sadly still common when they are found in cities, even if they did not habitually feed on humans or dwarves), they do quite well for themselves.

There are two such places. One is of course the famous nation of Hrotstuk, where vampires rule over humans and use well-paid guards to defend themselves in the daytime. In the far north, they do sometimes do similar, nesting among goblin clans who provide safety during the day while they provide their strength during the night. Further north, goblin populations thin out and we find the fortress of Kat’trak and its outlying regions.

The fortress was so named by the first explorers to discover it, who mistook it for an artificial structure. Instead, it is actually a natural formation, at least on the outside, a roughly cubical outcropping of rock on the farthest-north spit of land in the world. All the vampires have added is a network of tunnels inside, all entrances well out of reach to anybody who cannot hover. This is the center of vampyric habitation in the north. In the peak of the Arctic Summer, these usually-solitary creatures gather in the fortress to swap stories, exchange goods, and produce the next generation.

While during the multi-month summer they hide indoors as much as they can, they can’t hide all the time. They must go out to feed. And so these northern vampires dress themselves in sturdy, thick coats, gloves, and masks that defend them from the depredations of sunlight. With these, they can survive several hours in the sun. This makes them more active in the daytime than your average vampire, with any particular individual’s sleep schedules varying wildly depending on circumstances.