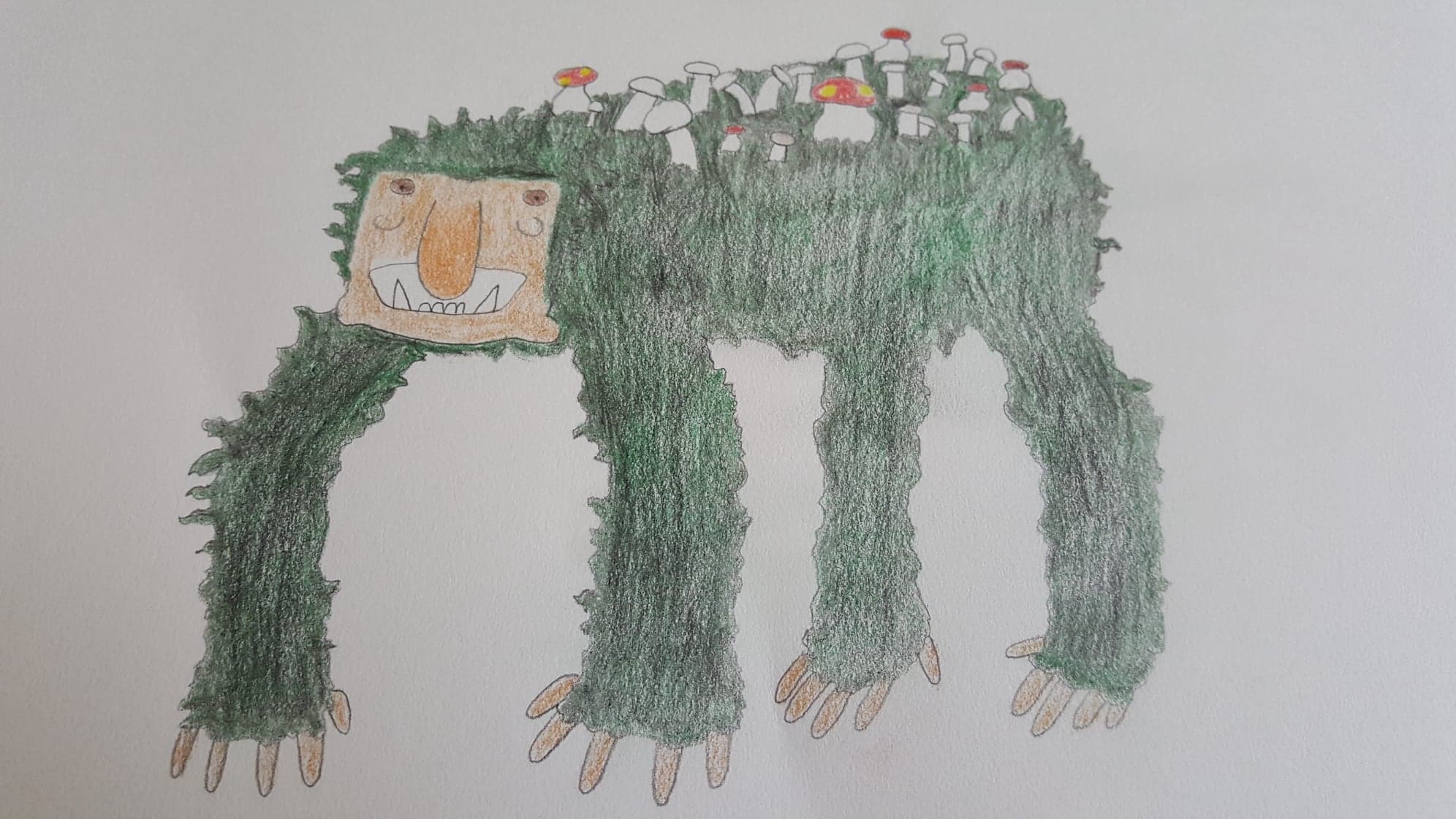 In the deepest, dampest forests of Jotunheim, grunguslod fill the nights with their hoots and hollering. During the day, these creatures sleep in marshy soil, only their backs exposed. This provides their fungi gardens with soil and water. During the night, they emerge to feed themselves, eating rotting vegetation, carrion, and even rich soils. They are slow and docile creatures, relying not on speed or strength but their special defenses to survive.

First and foremost, for their size, a grunguslod is very difficult to see. Moving slowly in the dark, their algae-stained fur blends in with the giant plant life around them. When they hold still, many threats will simply walk by. Second, their fungal gardens. Grunguslod purposefully cultivate a variety of fungus upon their bodies, creating an entire small ecosystem frequented by dozens of unique species. They eat these fungi themselves, but many of them are virulently toxic to most animals, and some will even spray harmful spores when their host is disturbed.

Grunguslod are mostly solitary creatures, marking out their territories by way of deep bellows. During the mating season, large numbers may gather to compete for mating chances, usually congregating in especially fertile regions.  Males compete with males and females with females, first comparing nose size, then practicing competitions shoving their faces together until one tires out and leaves. The winning male and female will claim the spot to lay their eggs. After hatching, the infant grunguslod will ride atop their mother for as long as three years before they are large enough to venture out on their own.

Some giants claim that the rainforests are actually growing on the backs of giant grunguslod, although this is not generally regarded as true.