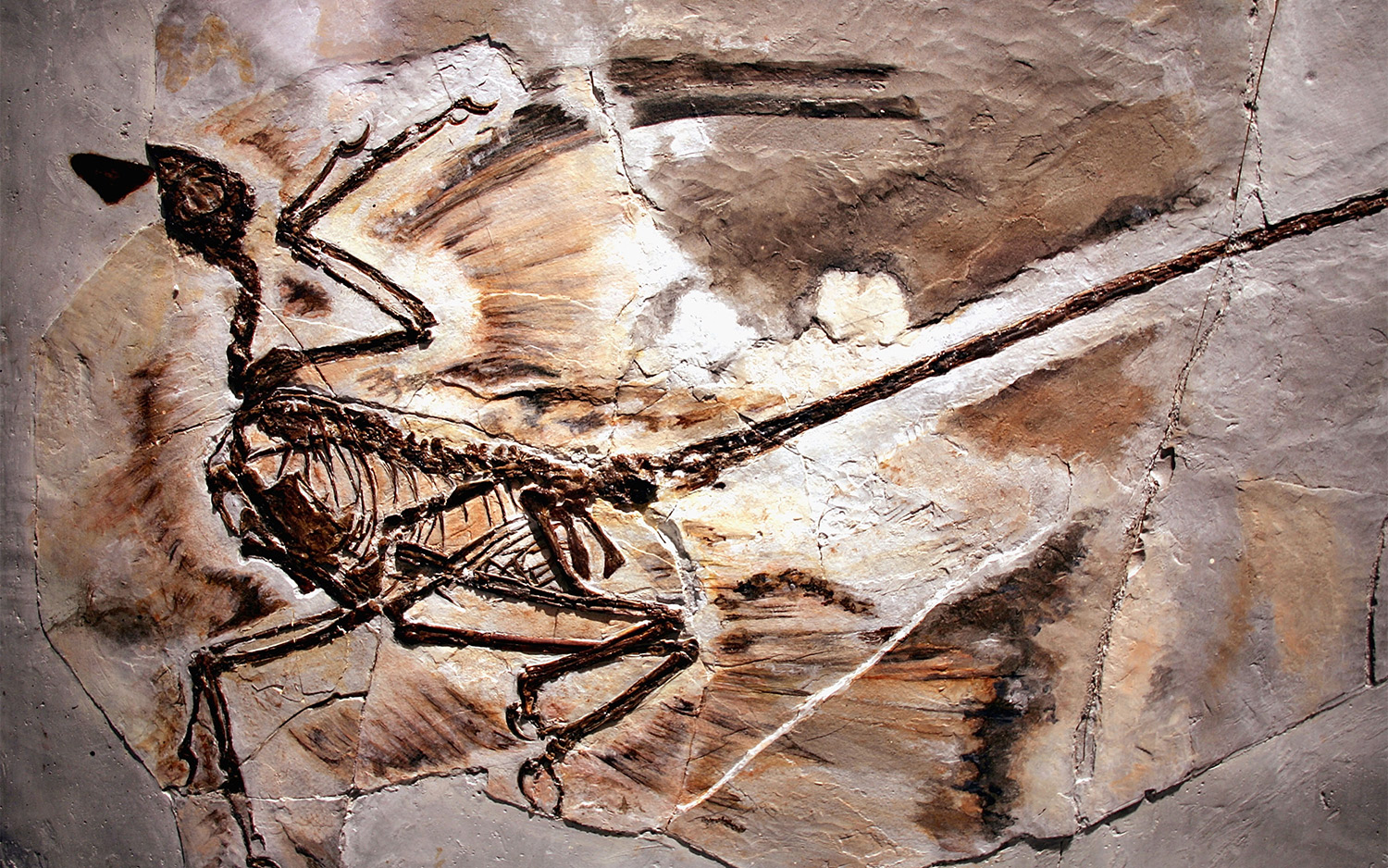 NEW YORK – MAY 10: A fossil of a Microraptor from a 130-million year old forest that existed in what is now Liaoning Province, China is displayed at the new exhibit “Dinosaurs: Ancient Fossils, New Discoveries” at the American Museum of Natural History May 10, 2005 in New York City. The exhibit, which will open to the public on May 14 and run to January 8, uses recent fossil finds, computer simulations and life size models to trace changes in the thinking about dinosaur biology over the past two decades. (Photo by Spencer Platt/Getty Images)