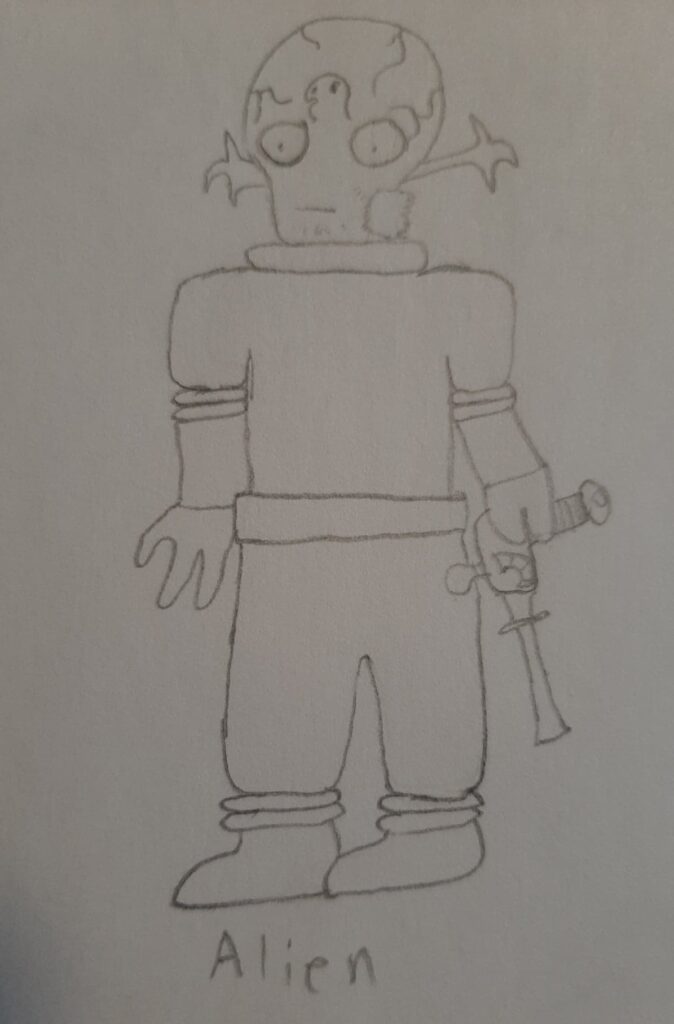 They are seen all over the world, and they have many names, but the witches of the north call them “Hs K’veet”, the “Sky Men”. They are strange beings, not apparently related to anything else known in the world. They are as tall as a goblin, but much more solidly built. Examinations of their bodies reveal entirely unknown organs floating in their green bodily fluids. Wherever they are from, they travel quickly in burning disks, apparently propelled by sun magic. This same magic is channeled through their strange weapons, which can cast heat from a great distance, igniting whatever they aim them at.

I have difficulty writing their entry here as in truth, very little is known of them. They only show themselves in the most remote of locations, acting very different at different times. Ranchers and shepherds often report them attacking livestock for no apparent reason. While many witches and goblins report the same aggression, others claim that they offered their tools in exchange for seemingly innocuous things. The most powerful goblin tribe of the north, the Sun Children, gained their dominance through use of these mysterious sun weapons.