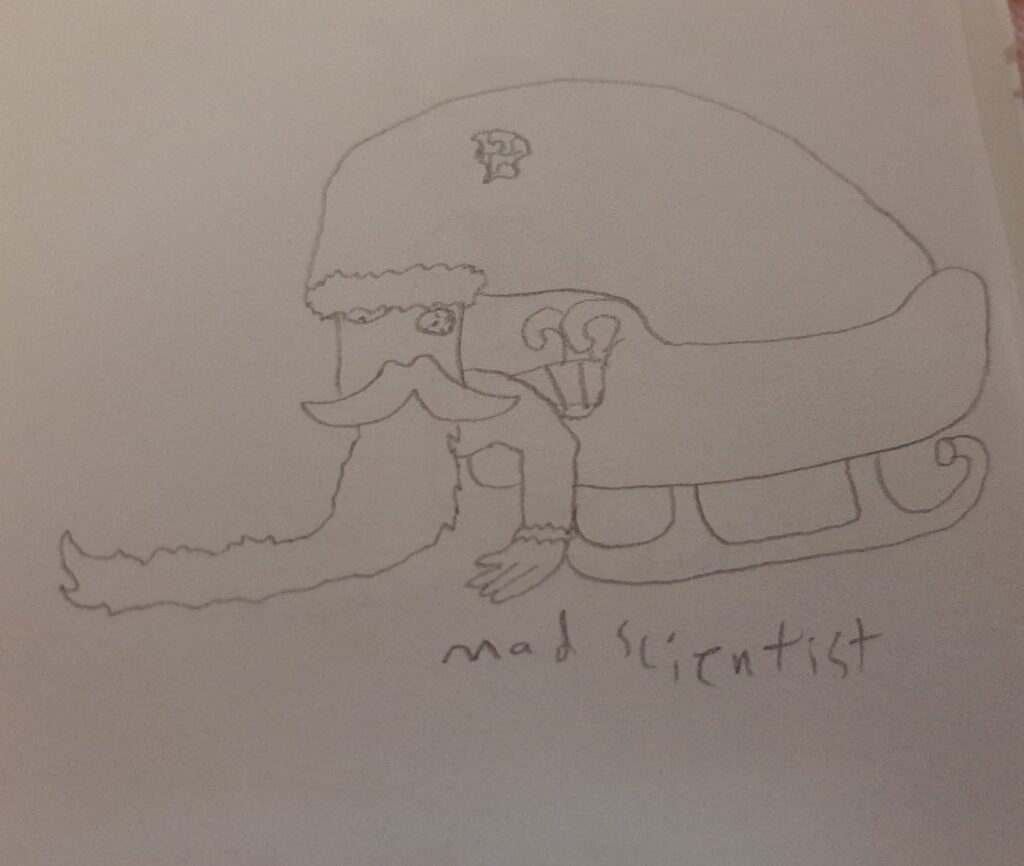 Dwarves the world over are known for their genius with technology, whether it blows up in their face or not. Just like humans, though, dwarves are rare above a certain latitude, and those you find tend to be outcasts. Many of them are what Eisthil dwarves call “The Burdened”. Through unknown means, these dwarves have tapped into another level of intellect beyond their kin, but at a horrific cost.

An expert on the phenomenon described the process to me. An afflicted dwarf first begins displaying minor quirks. Rambling mathematical equations of unknown relevance is common, as is taking apart objects and putting them back together “better”. This escalates as the dwarf’s brain swells in their skull. It is now, when the affliction becomes visible, that most are contained or destroyed, depending on where they live. In Eisthil, the government often captures burdened dwarves and puts them to work making weapons.

If not caught at this early stage, they can destroy or enslave entire dwarven enclaves. Once their brain becomes too large for their skull and they must create a new container for it, they become vastly more dangerous. A burdened dwarf cannot see anything else in the world as anything but parts for their devices, and will quickly work to utilize these raw materials. Soon, the surrounding countryside will be swamped with cyborged dwarves and clanking machinery.

The pictured dwarf is Karolus Mun, a dwarf who willingly exiled himself to the north when he felt his condition coming on. He skies around the tundra on his grafted sleigh, “gifting” upgrades to any being he comes across. His territory is littered with horrific monsters, from bishop owls with harpoon guns to flame-spitting kulanthulas. The most deadly creature he has created is an ogre who has dubbed himself Thedur X, who has been outfitted with an entire skin of armor plating and various weapons in his limbs. He has been granted great power, but also great pain (and the loss of several organs that he was extremely fond of) and seeks revenge. Some say that he has already took it, as parts of a destroyed sleigh were found in a smoking crater just outside of the woods Thedur haunts, but my goblin contacts have been reporting tales of rabbits with sonar dishes bolted to their heads, so perhaps this rivalry continues.