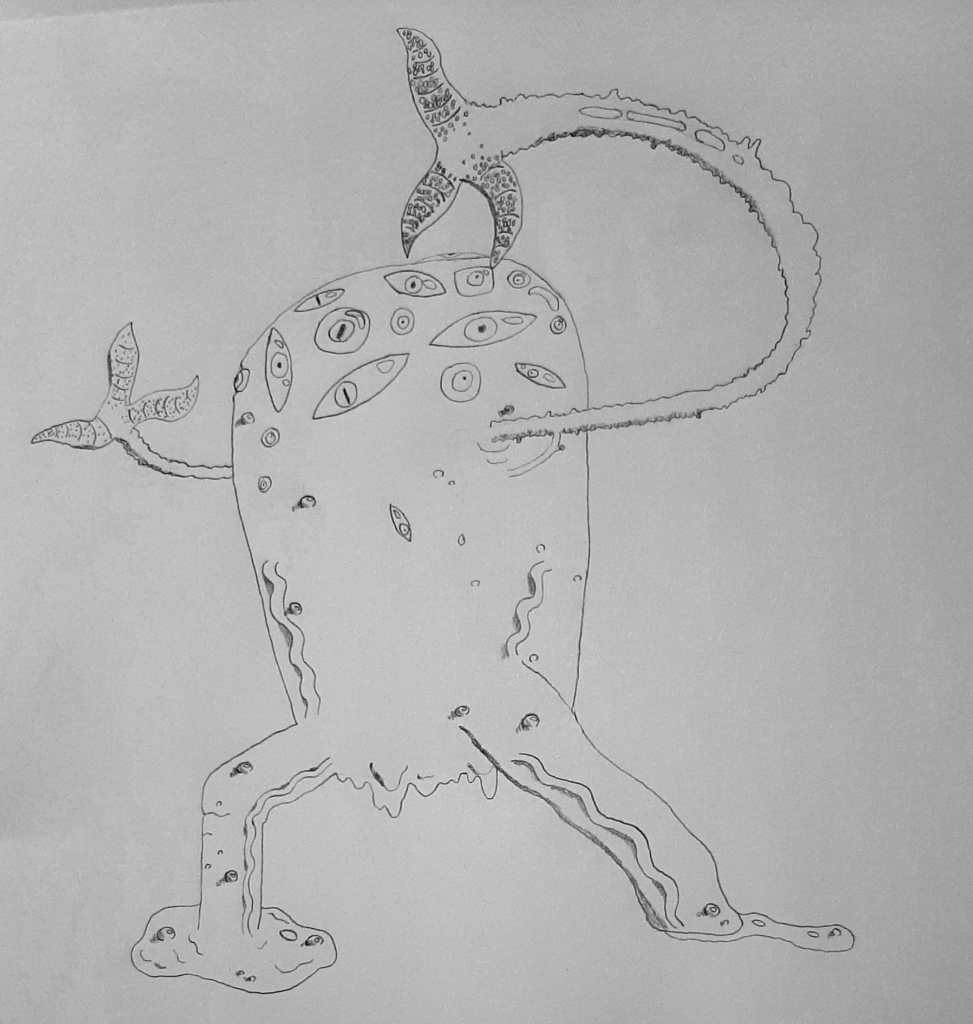 Deep in the pits of Alfheim’s erebus, there is an equatorial ring of fungal growth, fueled by the damp and warmth that seeps through from the surface. This fungal jungle contains entire kingdoms within as well as all sorts of unique and bizarre life forms, and and simplest among these are the chokers. Each choker variant is a being of slimy flesh, mobile but slow. For most of their lives, chokers are simplistic predators and detrivores, suffocating prey before digesting it. However, once a year, dozens of individuals come together to form a shared body.

The individual chokers swap their genetic information, then seek out places to plant their children. Often, this involves catching prey to use their corpses as fodder. Yellow chokers, in their basic form, are relatively quick and clever as chokers go. They hunt with a long tendril, reaching it into burrows to grab small animals. In their combined form, these tendrils take the form of two long, extending arms that the choker uses in similar fashion to grab larger prey, crushing their bodies and leaving them planted with spores.

A yellow choker in this form normally only lasts a few weeks before its constituent parts split up, but if fed and prevented from breeding, they can last indefinitely. Some armies will keep them in captivity for sieges, enjoying their ability to reach up city or castle walls to grab defenders. If you wish to keep a yellow choker in captivity, you should provide some enrichment, namely things it will find enjoyable to crush. Boulders, wagons, and bodies are particular favorites.