When the first movie in the Dark Universe proved to be a box office curse, I wondered when we would next see Universal’s cast of monsters. I knew they would be placed back in the toybox for a few years, after which they would be trotted out once more, likely in another big budget action movie that thoroughly fails to capture my interest. I figured that next time they’d start with Frankenstein or Dracula, one of the big names, and they’d play it even safer.

I wasn’t expecting that the Invisible Man would be the next to make an appearance. He is distinctly on the second tier of Universal monsters, still more likely to be remembered than the Gillman from Creature from the Black Lagoon, but not as popular as Dracula, Frankenstein, or the Mummy. More surprising though was that we were getting a horror movie. It’s actually been quite some time since the Universal Monsters were treated as horror figures; nowadays, they’re more prone to appearing in children’s cartoons and on cereal boxes than anything made to actually scare you. Even the original films are not considered particularly frightening today. We’ve just come too far in how we communicate dread.

The cinematography is brilliant, full of long voyeuristic shots, not just for general tension-building but to establish presence. Every shot implies that the Invisible Man could be lurking. Some of my favorite cuts in the film are simple shot reverse shots, but with an empty doorway as one of the participants in the conversation. Much of the movie is put towards building tension this way until it explodes in an incredible climax.

The performances and characters were all great, bordering fantastic. Elizabeth Moss (fantastic name, wish I was named after the best plant) stands out the most as Cecilia Kass. Her terror is the audience’s, and her visibly worsening mental state as the Invisible Man’s torments wear away at her is painful to see. Overall, it’s a tense, carefully paced thriller with a great climax.

So why am I talking about it several weeks after its release? I saw it a few days after it came out, it’s not like these are my fresh-off-the-cuff thoughts. Well, back when I saw it, I remarked to friends and family that I hoped that this brought back a new wave of proper horror depictions of the Universal Monsters, made terrifying once more. And what did I find recently on my twitter timeline but this.

Somebody pick up that phone, oh wait don’t, cause it’s my phone and it’s a witch, cause that’s what happens when I call it. 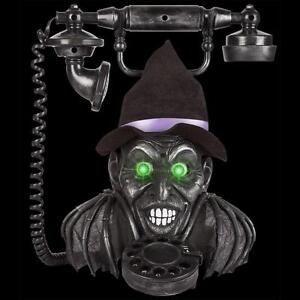 Results of me calling it. You’re welcome.

It seems like we’re getting Dracula and Frankenstein for now, and okay, those two are the ones who need the attention least, but still, this opens the door for a possible good mummy movie and hopefully at long last a Creature From the Black Lagoon remake. Please, come on. Don’t leave me hanging. Gimmie the fish man.