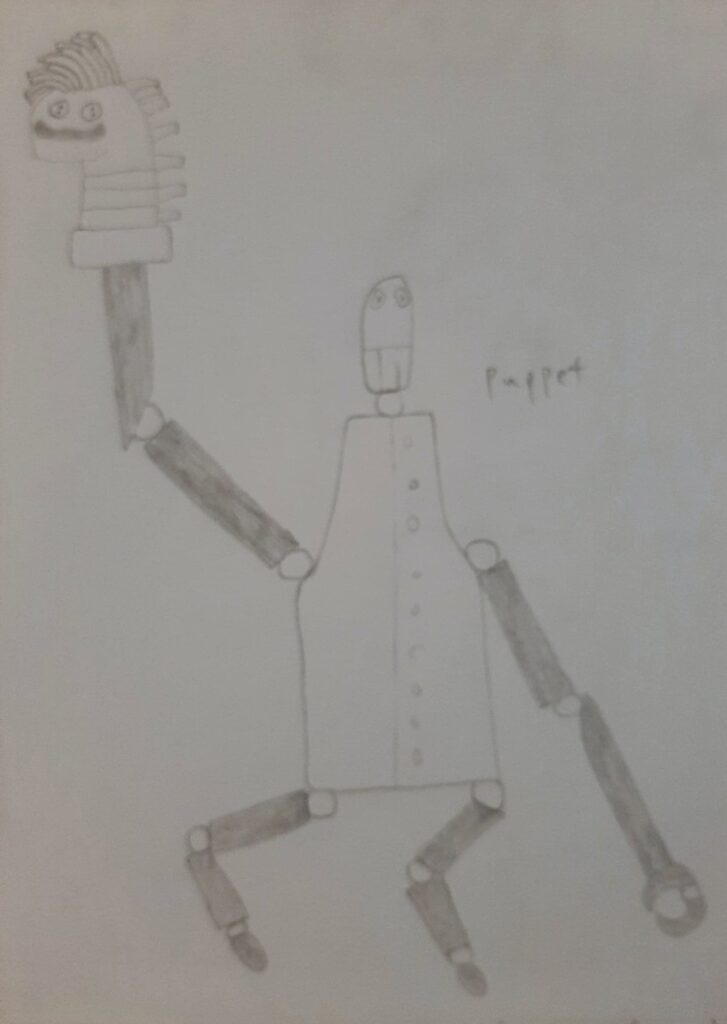 What power lies in that puppet it holds high? Is it a form of moon man? Nobody knows, for the Manic Puppet will not tell, and has not been captured for study. It acts strangely, seemingly never seeking food. It is rarely aggressive, but when attacked, it readily and brutally defends itself. Its wooden claws are not particularly dangerous, but its hand-puppet has a magical breath weapon, turning any living animal caught in its sparkly cone into a puppet themselves.

As a puppet, the target is quite helpless. Armor becomes tinfoil, and the strongest body is now cloth wrapped over stuffing. They can still move, but only as fast as their tiny legs will carry them, and their entire body will be floppy, barely controllable. If they are lucky, the Manic Puppet will let them flee. If not, they will be torn to shreds, returning to a being of blood and guts a few hours hence. If they survive, those same hours will return to their true form, although with an irrational aversion to having buttons on their clothing that can last for several months if not treated in therapy.